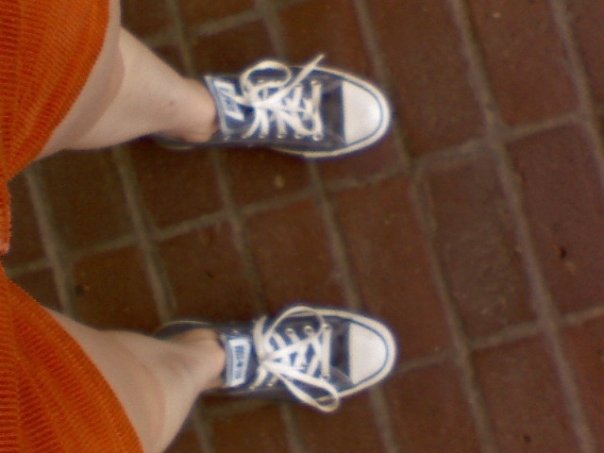 While wearing my chucks this weekend I started to wonder why so many people own them – from tweens to moms to big whig art directors. It dawned on me that my love for chucks is very similar to my love for social media.

When converses were first introduced, some out there probably thought they were just a fad – shoes that had no real value for the masses. The same was true of social media. Marketers were hesitant to jump on board, fearful of what consumers might post on their walls or tweet about their brands. But as time went on, chucks became a sign of rebellion – a sign of creativity – and social networking became a way for brands to harness this creativity into engaging conversations and interactions with their consumers.

Clearly the similarities between chucks and social didn’t end there. Here are some of my top comparisons:

Have an opinion about your chucks? Tell me in this super quick survey!