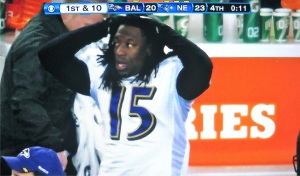 On Sunday night everyone was abuzz after Ravens’ kicker, Billy Cundiff, missed what could have been a game-tying field goal. I went to twitter after the fail, to see what people were saying, and guess what – twitter was down. Cundiff not only broke his fan’s hearts, but he also broke twitter! In fact this past weekend’s NFL social chatter surpassed the chatter of last year’s Super Bowl!

This incident brought to light a few thoughts –  Is all press good press? Do social media campaigns that flop, but get tons of press actually end up doing some good?

The jury’s out on how this press will affect Mr. Cundiff’s career. One thing is for sure, though, the fans are pretty pissed. All Cundiff can hope to do is grow as a player and hope he doesn’t make the same mistake twice. No one, who actually knows Cundiff’s record, would consider him a failure.

When it comes to social media, though, we’re quick to label certain campaigns as “failures.” It seems so final. As social marketing evolves we’re learning that these failures at least give brands a chance to be in front of their consumer. Some brands even get a mulligan (but, remember, you only get one). Consider the Dominos faux paux over a disgusting employee video. Dominos struck back by revamping not only their social infrastructure, but also their pizza!

Just last week McDonald’s twitter campaign backfired. They encouraged their followers to tell their own McDonalds’ stories using the hashtag #McDstories. Instead of heartwarming stories, the hashtag took on a life of its own with tweets that included animal cruelty, weed, and super negative thoughts about McDonald’s.

This just goes to show that when you put things out there, you never know where the groundswell will take it. A part of being a great social strategist is realizing that a lot of what happens is out of your control. The best way to quell a social media storm, is to be ready for it in the first place.

McDonald’s is a huge company and their Social Media Director knew when the tweets starting getting too negative that they should try to regain control and steer their followers in another direction by promoting their own tweet: “When u make something w/ pride, people can taste it #McDstories.”

Regardless, instead of the nasty tweets appearing at the top of search, now all that’s attached to the hashtag are tweets about their social media flop – #McFail.

The bottom line is that you’ve got to try. If you have a sound objective and strategy, even the bumps in the road won’t keep you from achieving your ultimate goal. We can all follow Billy Cundiff’s words:

“I’ve had setbacks before but I’ll move on from this. It’s one of those things that will strengthen me in the end.”

How do you prevent social media disasters?